My goodness, has it been a while, my friends. I’ve not exactly been busy but time has just been slipping away from me and I’m vowing right now to stop […]

By kbopsinkpop Posted on February 6, 2020

Hey friends! I have been super busy with about a million side projects (I got into embroidery, sewing, I started writing a novel, I’m applying to grad school, etc…) so […]

I’ve been less than thrilled with the comebacks lately. It almost feels like some groups are trying to cram in a comeback before BTS comes back and snatches up everyone’s […]

By kbopsinkpop Posted on October 7, 2019

Rich Brian & Chung Ha Did THAT With “These Nights”

I’ve been following the 88rising YouTube channel for a while now, ever since I was recommended Niki’s “lowkey” visualizer a couple months ago. I tried to listen to the label’s […]

By kbopsinkpop Posted on October 3, 2019

TXT Coming Back in October, But Is BTS Close Behind?

Up until a few days ago, pretty much everyone was talking about BTS making an October comeback in the hopes that they would bring back a Blood, Sweat, & Tears-style […]

By kbopsinkpop Posted on October 2, 2019

Hey everyone! I have a review of the new TWICE comeback coming up, but I was scrolling through Twitter and I realized there is so much content to sift through […]

After sitting through two weeks worth of teasers for the new TWICE single, I thought about how much a comeback promotion can vary from group to group and company to […]

It occurred to me just recently that I hadn’t done a K-beauty post in a while and there are quite a few face masks that I’m a serious fan of. […]

Rumors & Jealousy in K-Pop: Why Your Idol Doesn’t Owe You Anything

I know the title of this post is strong, but so are my current feelings about the way that ARMYs have handled a recent rumor that sprung up on the […]

Seventeen is back!!! I have been waiting for this one for a while and when I saw the teasers I knew that this was going to be an incredible comeback. […]

There’s a lot happening right now in K-pop (thank God because with BTS gone, I need something to keep me going) and while I’m bouncing in my seat in anticipation, […]

I can’t rank the intros without also doing the outros. In many ways, this ranking was much harder than the intros. I have such a personal attachment to the outros […]

By kbopsinkpop Posted on September 9, 2019

I’m not gonna lie: this is primarily for me, but I also love to see how people agree and disagree with rankings like this. BTS has such incredible intros and […]

By kbopsinkpop Posted on September 8, 2019

A-Z Challenge: Z is for Zion.T

I can’t believe we’re finally here at the end of the road (cue the Boyz II Men). For a moment, I really wasn’t sure who I would choose for this […]

By kbopsinkpop Posted on September 7, 2019

A-Z Challenge: Y is for Yubin

I’ve been waiting for this one. I thought about doing Wonder Girls for W just so I could talk about how much I love Yubin but then I realized that […]

By kbopsinkpop Posted on September 5, 2019 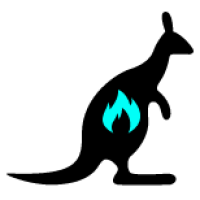 the best of Korean entertainment

Korean drama fans in Australia and around the world unite! K-drama fighting!!

Happy Ending Or Not?